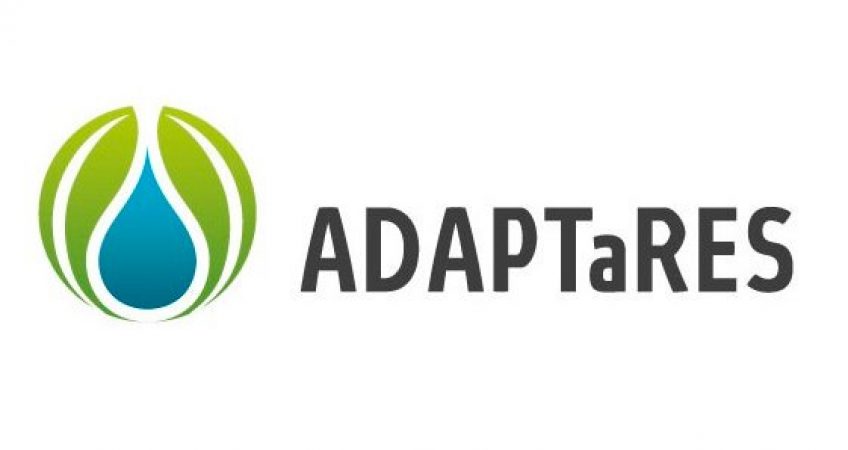 The ADAPTaRES cooperation project, Adaptation to climate change in Macaronesia through the efficient use of water and its reuse, is aimed at enhancing the recovery of purified water as a reusable resource for irrigation and improving the adaptability of the archipelagos of Macaronesia in the face of climate variations through maximum use and efficient use of water resources.

ADAPTaRES is a project co-financed by the Interreg MAC Program 2014-2020, through the European Regional Development Fund (ERDF), and which is aligned with Priority Axis 3 “Promote adaptation to climate change and risk prevention and management” . For its execution, it has a monetary contribution of about two million euros and a partnership formed by 16 partners from the Canary Islands, Madeira and Cape Verde, under the coordination – as Principal Beneficiary – of the Ministry of Economy, Industry, Commerce and Knowledge, through the Technological Institute of the Canary Islands.

The project aims to establish a strategic alliance between the Canary Islands, Madeira and Cape Verde to promote a series of coordinated actions aimed at adapting to climate change and preventing and guaranteeing resilience to specific risks, such as drought. These actions are linked to the ongoing actions that are being carried out in the islands to improve the infrastructure of sanitation, purification and reuse of treated waters, as well as for the proper choice of processes and efficiency in the management and safe use of this resource (rigorous analytical controls, monitoring programs and well-coordinated lines of research and development).

Within the actions in Cape Verde, various works have been carried out in experimental plots of irrigation with reclaimed waters, coming from the purification of wastewater, in different areas of the island of Santiago. The objective has been the development of a comprehensive program of implementation and monitoring of a crop model adapted to drought situations, reusing purified water as an available resource for agriculture and optimizing its use through advanced irrigation systems. This measure has sought to increase the resilience of the agricultural sector to droughts and reduce the pressure on natural resources, in order to cope with the effects of climate change.

SISTEMA has collaborated closely with ITC, ULPGC and CIAGC in various actions in the Wastewater Treatment Plants of Santa Catarina, Tarrafal and Santa Cruz on the Island of Santiago, both in terms of control and optimization of purification systems, as in the implementation of experimental agricultural plots and their irrigation networks. Work has also been carried out led by the ITC in the WWTP of Tasarte on the island of Gran Canaria, specifically the “Percolation System Project – Infiltration for the effluent of the WWTP of Tasarte”. The objective of this project has been the design of a reuse system in sewage plants with low effluents and unstable treatments, so that, by adding a natural filtration process of low cost and easy implantation, it allows to complete the treatment of wastewater from robust form. In addition, the proposed system will allow the export of this experience to other locations. The proposed system has been an infiltration-percolation system, through filter beds, with subsequent recovery of the infiltrated flow for reuse under adequate quality conditions.

SISTEMA has collaborated in the ADAPTaRES Program